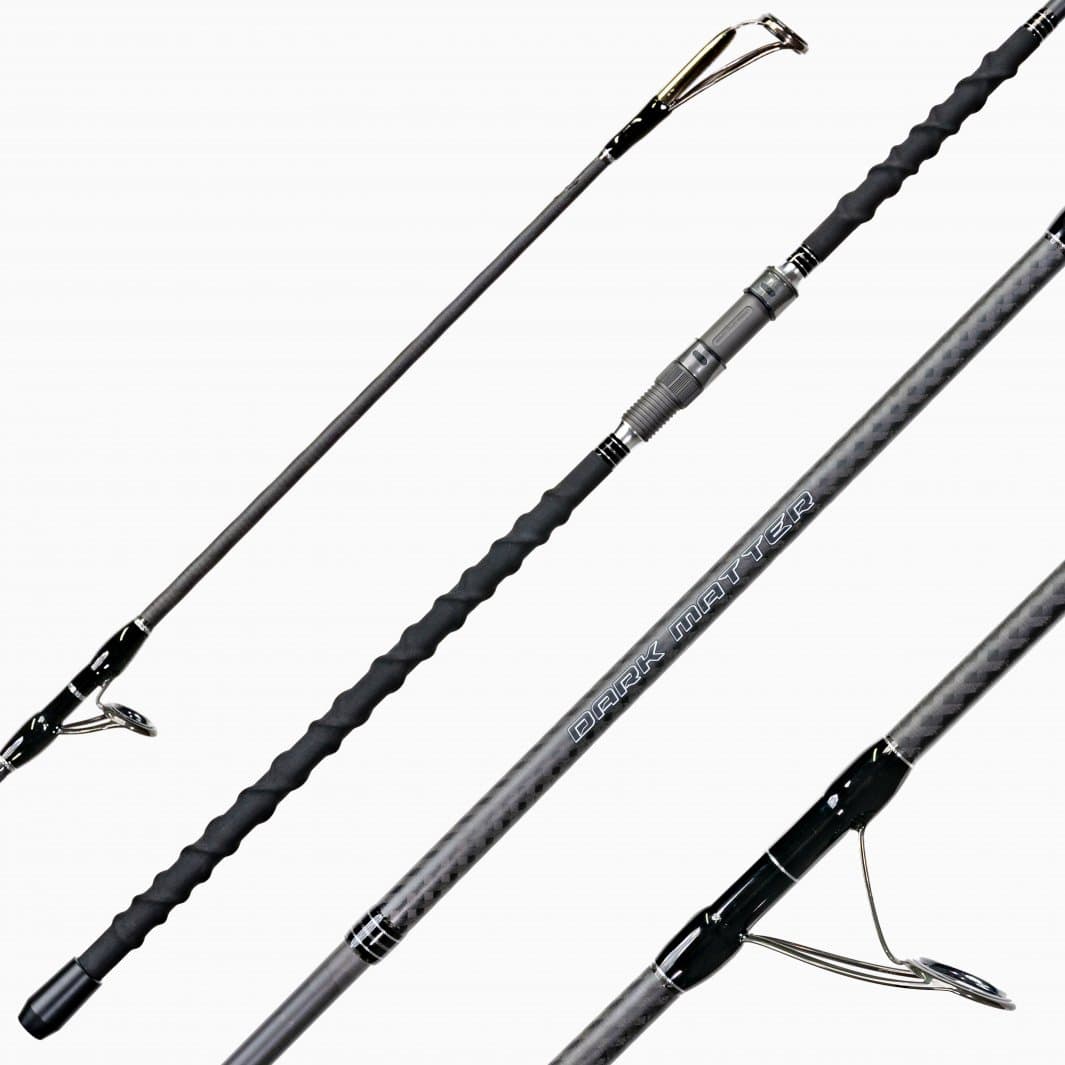 The OG surf stick. The first Nanocarbon surf spinning rod we at Dark Matter ever introduced. Not much has changed in the design of this rod over the years, simply because it hasn’t needed to. This is an absolute weapon of a fishing surf rod – light, powerful, fast action, insane distance, ultimate pulling power. I’ve got a garage full of prototypes that spent many nights under the stars putting in the work that would ultimately produce the quintessential Dark Matter Surf Spinning Rod. This is the measuring stick to which all other Dark Matter surf rods are measured. Rated at 1-4 ounces, the Dark Matter Surf Rod can be used in a wide array of surf techniques. Whether you’re tossing bucktails, poppers, swimming plugs both large and small, darters, whatever – this rod is simply going to decimate the competition, all at a better price than the competition. It’s a simple formula that we at Dark Matter are dedicated to. There’s no need to spell out features and benefits here – this rod is literally perfect. Go fish it and thank me later.